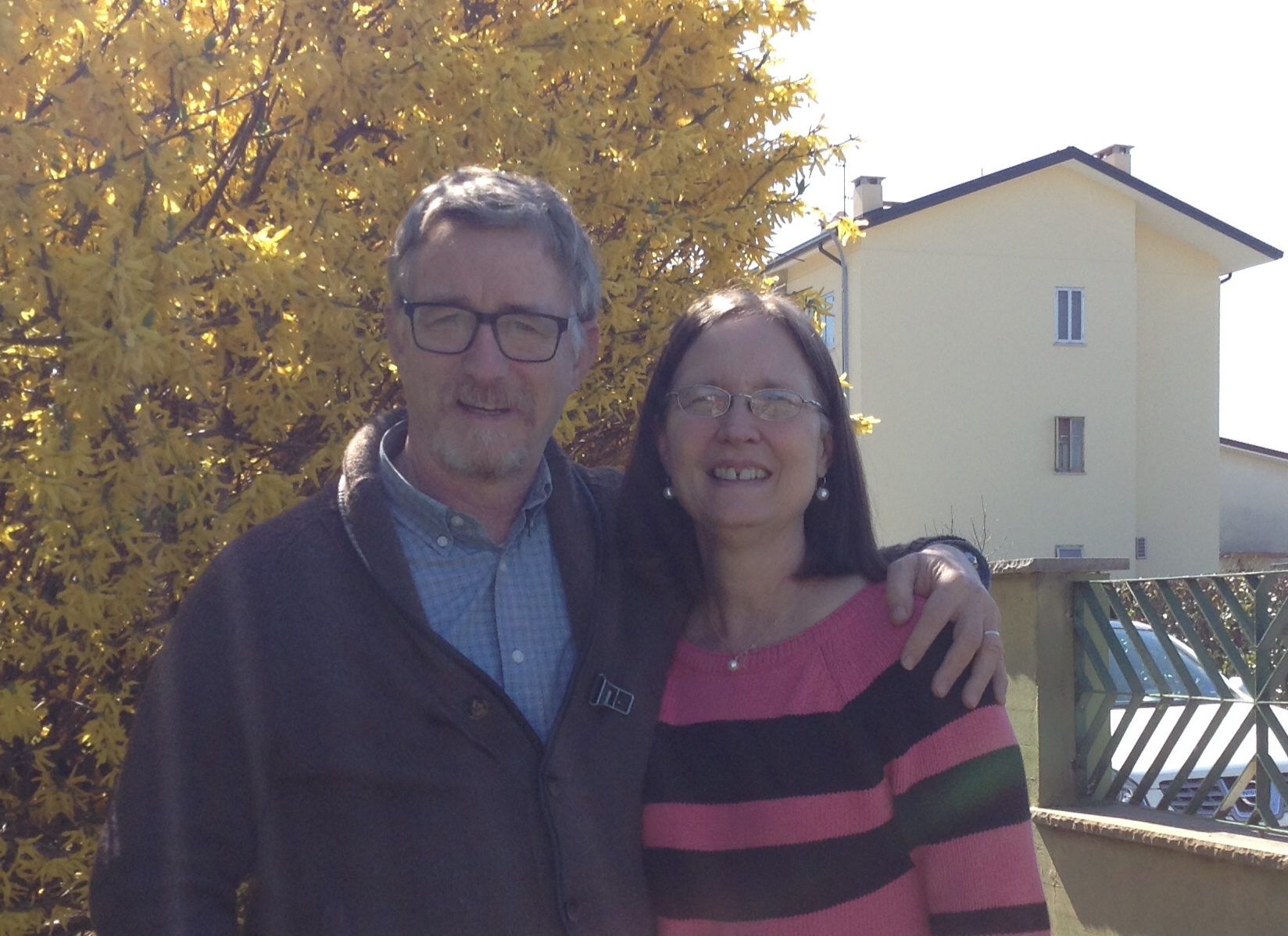 Ken and RuthAnn Wells are serving the Lord in the Friuli region (northeast section) of Italy where less than .05 of the population have any kind of Bible literacy, much less credible testimonies of faith.

Ken grew up in Brooklyn, NY in a Roman Catholic home and was saved at the age of 17 through the witness of his brother and the gospel witness of the Evangelical Free Church in the neighborhood.
RuthAnn is from Baltimore, Maryland and grew up in a Christian home. She and Ken met while working in the trauma unit at the Univ. of Maryland where Ruth was a nurse and Ken was a technician, operating a hyperbaric chamber. RuthAnn came to personal faith in Christ as Ken made the gospel clear to her. Married in 1983, they knew early on that missions lay in their future.

Ken earned an M-Div. from RTS, Orlando in 2000 and was associate pastor of Orlando Grace Church in Altamonte Springs, Florida before joining Grace Chapel in Sanford, FL. in 2003. Grace Chapel affirmed Ken’s calling ‘to go’ and commissioned him to plant churches in Italy, by the grace of God. The Wells family moved to the city of Udine with their 6 children in 2005. Today (2018), only their youngest (Abigail, 19) remains at home.

After laboring for several years to learn the language, the Wells’ worked with a small group of American missionaries to establish their first church in Udine, Italy in 2009. A second church has recently been established (2017) in Reana, according to God’s will. Ken is currently filling the role of ‘Pastor’, but praying daily that God would identify a man of His choosing to take this new church forward.

Currently Ken and RuthAnn have 5 grandchildren, Stateside. All are 3 or under and they talk together as much as possible on Skype.