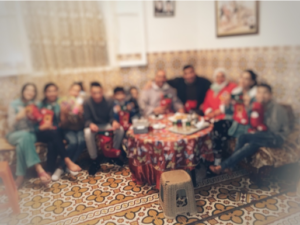 In 2016, AW and JP left for North Africa with a desire to partner with existing believers in their region and plant a church from which they could evangelize the lost, disciple new believers and focus on training future indigenous pastors and church planters. In the process, they have started a business that has served as a vehicle for this ministry and has helped to employ local brothers and sisters to have legitimate means to care for their own needs and engage alongside AW and JP in this ministry.

The Lord converted AW when he was a junior in High School in a visibly transformative way. JP was converted in her youth at age 7 under her father’s preaching. They have been married 10 years and have 3 children ages 8, 5 and 2. Their children have grown up in Africa since 2013 when AW and JP were first sent out from Heritage Baptist Church in Owensboro.

North Africa is home to primarily Muslim peoples who have very little witness to the gospel since there are very few churches that exist in the region. In the country that AW and JP live, there are estimates that claim there are 3000-5000 professing Christians in the country that has a total population of around 40 000 000 people. In the particular region they are engaging, there are 40 known believers scattered across 4 cities. AW and JP began partnering with a small church of 10 members and 2 elders, and began another church plant in a neighboring city in early 2019.

Donate to our North African Partnership

Give to our African Partnership here

Alternatively you may send a check to: