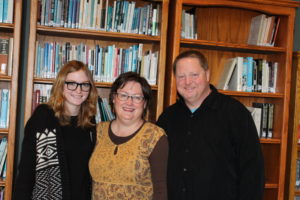 The Korties came to the mission field in September 2015 and are currently serving on two different American Indian reservations in Arizona, the Tohono O’odham (“pronounced like Gotham without the G”) and Gila River (Akimel O’odham) Nations. The villages where they minister the most are Chuichu, San Xavier, Sells, and Sun Lake’s. They have various ministries which include preaching, jail ministry, Bible studies, discipleship and generally getting involved in the lives of the people.

John was saved at 11 years old, and writes the following:

“I was convicted of my sin, and the speaker asked if anyone wanted to put their trust in Christ. I had a rocky start to my walk with Christ, growing up in the Methodist church without much doctrine. It wasn’t until I was an adult that I came to understand the doctrines of grace and knew they were true. It was what I had always read in the Bible in my own devotions, but didn’t know what they were called. I began attending Reformed Baptist churches in the various states where I lived and ended up at Grace Baptist of Taylors, South Carolina, which is our sending church.

My wife’s name is Bethanna. Our daughter Jane Michaela is as much a missionary as my wife and I. We do ministry together as a family, each of us using the gifts that God has given us in the roles God would have for us. Bethanna ministers to the ladies, and Jane Michaela is great with the kids.

Jane Michaela (2001) is our youngest, and our two other children are married, serving the Lord with their spouses in Tennessee, and South Carolina.”